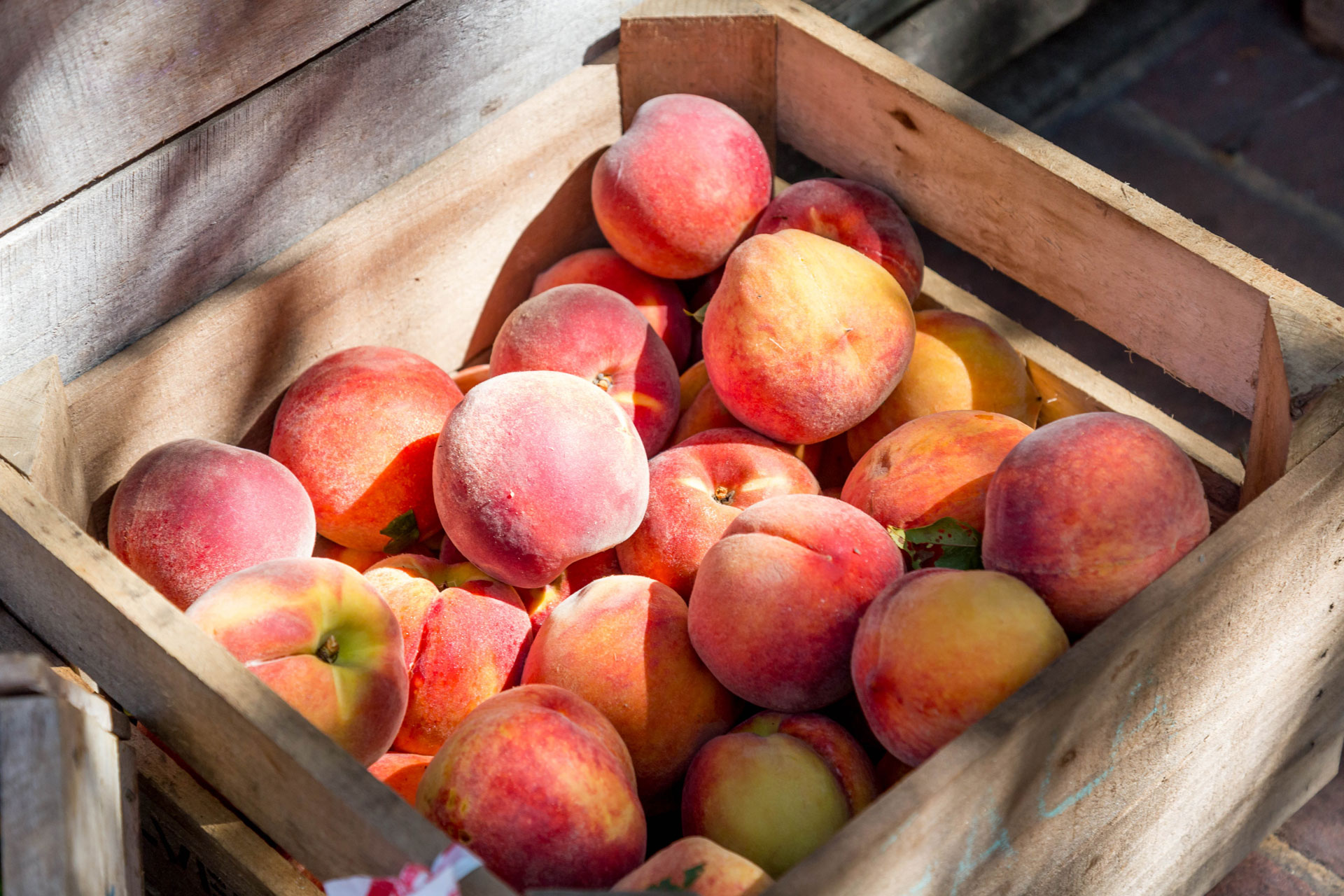 Each week plant-based cook Bettina Campolucci Bordi, founder of Bettina’s Kitchen, gives us the lowdown on a particular seasonal fruit, vegetable or ingredient, offering cooking tips and a recipe. This week it’s peaches.

Peaches are one of my favourite fruits. A member of the rose family, the peach is closely related to the almond, and is a sweet and fragrant stone fruit that can be used in a variety of culinary ways. Aside from the obvious jams, smoothies, cakes, tarts, pies and cobblers, peaches also lend themselves to savoury dishes such as salads, flatbreads and soups, and they make an excellent barbecue accompaniment.

Although its botanical name – which literally translates as Persian plum – suggests the peach originated from Persia (Iran), genetic research indicates that it actually comes from the Far East. Did you know that peaches have been cultivated in China for thousands of years? There’s evidence suggesting that domestication of the fruit occurred as early as 6000 BC in Zhejiang Province. From China, the fruit travelled west via the Silk Route to Persia where it was widely cultivated, earning it the botanical name Prunus persica. There are over 2000 varieties of peaches in the world.

Alexander the Great is credited with introducing the fruit to Europe after he conquered Persia, although peaches weren’t widely known in England until the 17th century – and even then they were regarded as a rare treat. I still think that biting into a good one is.

How To Store Peaches

Store your peaches on the counter at room temperature until they are ripe. They should then be stored in the fridge, where they will keep for up to five days – that is, if you can keep your hands off of them. If you have too many, prevent food waste by freezing them and using them in smoothies or cakes. Simply cut your peaches in half and destone them. Then lay them on a baking tray and stick in the freezer for a few hours until they’re frozen through. Transfer the peach wedges to a bag and freeze until ready to use. You can keep them for up to four to six months in the freezer.

I am really excited to share one of my favourite recipes with you. This recipe is adapted from my most recent cookbook Celebrate, which has recipes for every occasion. You can make each part of the recipe ahead of time and simply put it all together just before serving – this way it keeps everything as fresh as possible. With spring just around the corner, this is a perfect summer dessert that will brighten your table, and your mood. 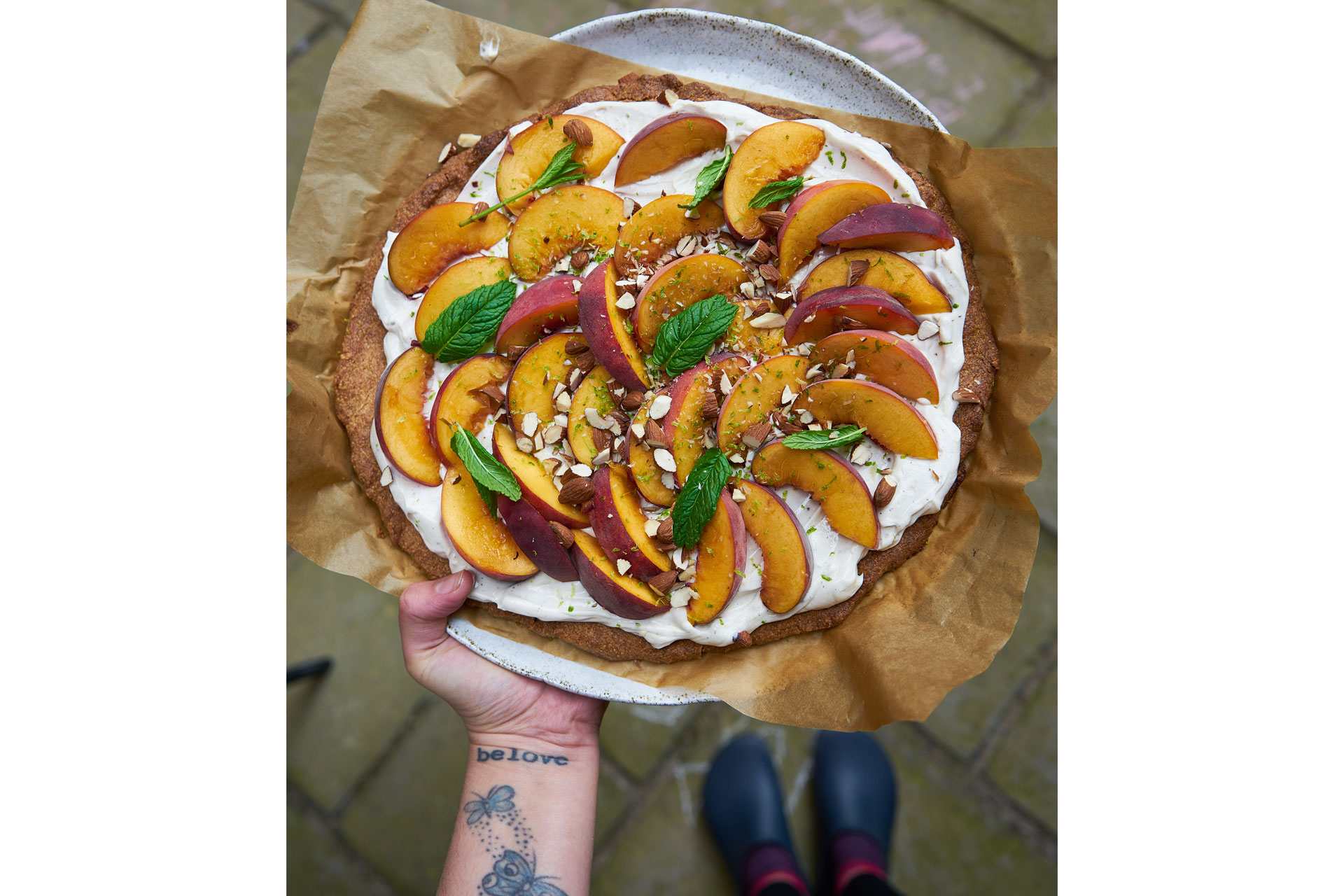 For the almond galette:

Tip: Put the components of this dish together just before serving to keep it nice and fresh.

MORE INGREDIENT OF THE WEEK: