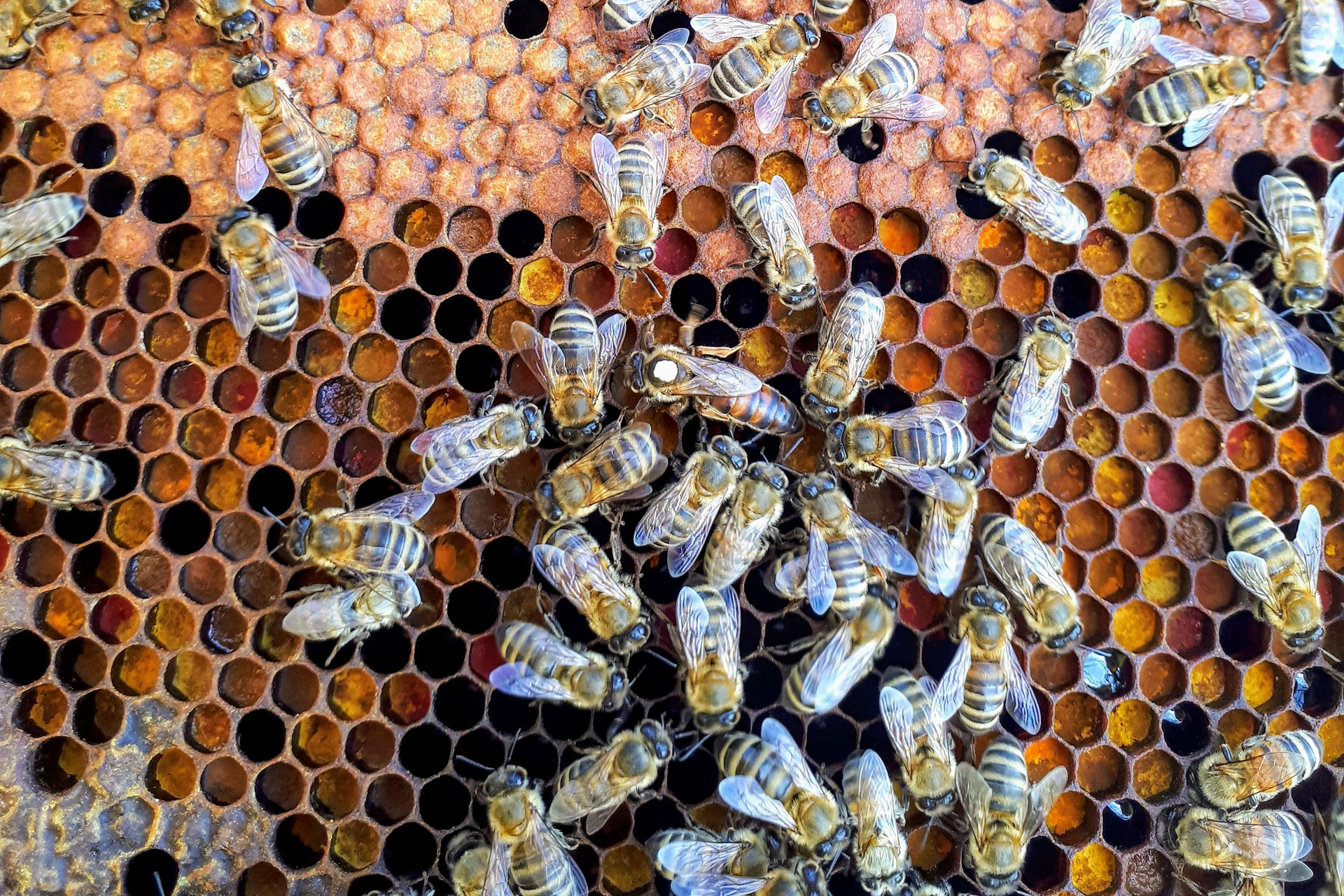 Why are honeybees so crucial? What should we look for when buying honey? And what is ‘honey laundering?’ To tie in with World Bee Day on 20 May, we revisit a conversation with Sarah Wyndham Lewis, co-founder of sustainable beekeeping practice Bermondsey Street Bees, from our Break Out Culture podcast with Ed Vaizey and Charlotte Metcalf.

Charlotte: We certainly all love the idea of honeybees. Recently, it’s become a real trend for businesses to have hives. Obviously, we all want to save the endangered honeybee – but ‘hang on a minute’, says Sarah Wyndham Lewis, who co-founded Bermondsey Street Bees in 2007. She knows a thing or two about bees, and has written a book, Planting for Honeybees: The Grower’s Guide to Creating a Buzz. Sarah, what can you tell us about World Bee Day?

Sarah: We all have this extraordinary cultural relationship with the honeybee, because it is the only bee that provides us with a food stuff. It has done since we crawled out of the mud as primitive human beings. There are 25,000 species of bees on earth, and only seven of them are honeybees. That’s what World Bee Day is really about: getting some perspective on the ‘save the bees’ mantra. The question should always be which bee, and where, and what are we talking about here? They have different life cycles and all sorts of special considerations. On World Bee Day, what we’re looking at is not just the honeybees on which so much of our pollination depends, but the wild bees who are also part of that pollination story. Even if they aren’t, they are perfectly entitled to live a rich and productive life.

Ed: What is the difference between a honeybee and the 24,993 other bees?

Sarah: Honeybees are defined as honeybees because they overwinter, or go through tough times, as a colony. Therefore, they’re laying down honey stocks to see them through those tough times. That’s why we, as responsible beekeepers, can take any surplus honey that they produce. Every other bee species either dies back to just a queen and then starts its colony again the following year, or just leaves eggs, which will actually then turn into bees the following year. They don’t make honey in a way that we can actually share with them.

Ed: When I was an MP, I had roused honey in my constituency, so honey was a big part of my life. It’s in Wallingford. There is this terrible crisis with bees where they’re dying off, and we don’t know why.

Sarah: There are over 91 million hives on earth. The reason for that is because honey is money, and honey has been money since the earliest times. It was a gift that you gave to kings and princes. It has had a food value, a medicinal value and a cultural value to human beings since forever. So despite the fact we’re looking at an all-time high, and that people try to tell us honeybees are going extinct – like Rowse Honey did last year – we’re actually not looking after them all that well. They’re under enormous pressure from monocultural practices and the way that food is produced at the moment. They’re not having a good time, but you have to see them in the light of a farmed animal. If you’re the worst beekeeper in the world, and you kill all your bees or lose all your bees, you just go and get some more. That’s not admirable. That is not a fantastic way to manage a species. But it’s not the same as going extinct, which is what’s happening to a lot of the world bees, particularly those that have to live in areas where there is a huge density of honeybees.

Ed: In my rural Arcadia, where I’m recording this podcast, what should I be planting to help the wild bee?

Sarah: If you really have got an Arcadia, and you’ve got space, the most important thing you can plant is trees. Because every time you plant a tree, you plant a city, in effect. An oak tree supports four or 5,000 species of creature either directly or indirectly. You cannot do that with a bed of dahlias.

Charlotte: The other thing that’s really important is how we choose our honey. Otherwise, we’re going to end up with flavoured syrups. What should we look for in a jar?

Sarah: It is very complex, but look for the word ‘blend’ on the back of a honey label. If you see a blend of EU or non-EU honey – or a blend of anything – put it straight down. If it’s blended, it’s been through a very aggressive processing of some sort. What we’re looking at with honey is the biggest food scandal that has ever been in the history of anything, and it’s hiding in plain sight. Those honeys have been analysed and found not to be up to the right standards, and they’re never prosecuted. There were some interesting figures The Guardian had the other day: between 2007 and 2019, there was 128 per cent increase in Asian honey exports, but they haven’t had an increase in the number of hives. In fact, their yields have fallen. You can’t make the figures work if you look at the global honey situation. It’s actually called ‘honey laundering’. It has its own name and it is the province of organised crime now. You’re up against every possible means to stop you as a consumer actually finding good honey, unless you know the beekeeper. 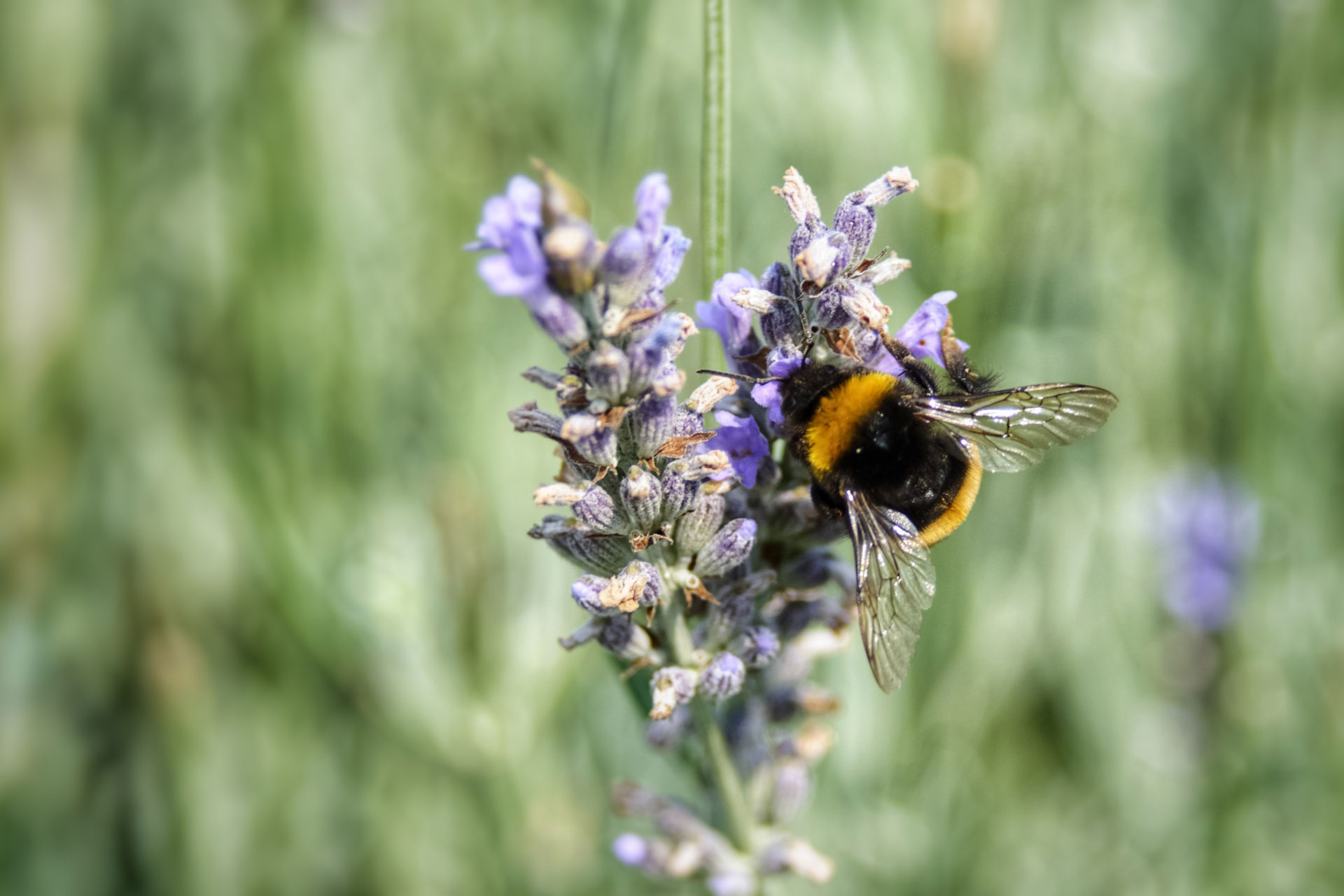 Ed: We need a honey minister.

Sarah: We really need somebody to lift the lid off this writhing, mass of dirt and corruption that’s going on in the honey world. What they’re selling to the consumer is a bill of goods.

Charlotte: What’s the best thing that your average person can go and do right now to help this problem?

Sarah: There are local beekeeping associations all over the country. Go on The British Beekeepers Association website and you will find a whole association of people desperate to sell you fantastic honey. Once you’ve found a honey that you love, you can have a relationship with them – just as you would with a good greengrocer or butcher.

Ed: If things ever get back to normal in the House of Lords, I can initiate a honey debate.

You can listen to the full conversation on the Break Out Culture podcast. New episodes launch every Sunday.

How To Attract Birds and Bees To Your Garden